There’s just something about marriage that excites people. The other day, when Felicia—my friend of 8 years and counting—announced her marriage, I couldn’t be happier. I genuinely wanted to congratulate her from the bottom of my heart, because I was truly happy for her.

But at the same time, there is this lingering, quaint loneliness in the corner of my heart, whispering the advent of a certain end.

Our friendship dated far to our university years. Felicia had always been the fiercest, the most steadfast, and the most opinionated friend I have. We’re also friends with Marina—the aloof lady, or so we often liked to call her, and Riska; the confident and humorous of the group.

While everyone else was studying their hardest for class, or slacking off in an internet cafe somewhere, we’ve always been the somewhere-in-betweens. We used to make stupid jokes on our way home, laugh at strangers for no specific reason than just to laugh out loud, and even sang a provocative dangdut out the window during one of the worst traffic jams we’ve ever experienced.

But at the same time, we also cared for our studies. There were times when we had to gather and discuss what could possibly be in the exam sheets. And there were also times when we joined hands and worked on an assignment together, even if it required a huge amount of effort to actually work, and not laugh all the time, because of how fun this group was.

This close-knit group was, in fact, my home away from home when I was in university. Through thick and thin, they stayed with me throughout my journey, and be the laughter in my sorrow; the voice of reason in my complacency. I really couldn’t ask for better friends, and I have always been grateful for their presence.

So of course, when the news of Felicia’s wedding was announced, the remaining three of us rejoiced. It almost felt surreal, even, because we could still remember ourselves in our university getup: lousy t-shirts and jeans, sneakers and no makeups. It’s also comical because we never thought out of the three of us, Felicia would be the first to tie the knot.

As I sent my heartfelt congratulatory Whatsapp message, I felt a sudden pang in my heart. The news was exuberant, but it heralds anxiety within me. The very realization that from this moment on, everything would change.

Close-knit as we are, things would be different after this.

As a commemorative bon voyage party, perhaps, Felicia invited us for a three days party in Bandung. And for the first time since what felt like forever, the four of us gathered once more. Going along the party theme, we visited Rumah Guguk (because we are all puppy lovers), embarked on a culinary journey to stuff ourselves with whatever we could find, and even charted the magnificent landscape of Orchid Forest. We’ve never done that many activities in one day together, so the days were very well spent, I could surmise.

During the night, however, I couldn’t sleep. So I threw myself on a sofa in the apartment’s living room and started reading articles on my phone.

It was during this time, perhaps, that I couldn’t help but to notice the similarities of concepts between our bon voyage party, and a standard bachelor’s party. It was perhaps just a hunch at first, but after I googled what those traditions usually signify, I was more convinced than ever.

Traditionally, a bachelor’s party is done to award the groom with all the things he could only do when he’s still a bachelor. A bachelorette party, on the other hand, is thought to be inspired by the bachelor’s party concept. While the actual definition is up for debate, I couldn’t help but think that if a bachelor/bachelorette’s party is supposed to be an evening of debauchery, then perhaps what we were doing was, in a sense, the same.

Of course, we didn’t drink until we drop, or hired a male stripper. We also tried to stay away from bridal showers and presents and cutesy formalities. When we organized the trip, all we focused on was how we could have fun together, like the old times. And that, I think, is the true essence of our trip: reliving the old times, because a new era is about to begin.

By that time in the night, Felicia and the others were already asleep in their rooms. I couldn’t bring myself to knock on their doors and talk about such things late in the night, especially since we were already exhausted by the numerous activities we did during the day. In fact, I think it was borderline miraculous that I wasn’t asleep by that time.

But during this solitary contemplation, I began to think. And it was during this inexplicably wayward train of thoughts when I realized that all the things we did during the day: all-you-can-eat, undignified waves of laughter, silly karaoke sessions, and even just spending the day together without worrying about someone else—they are all ending soon.

There would be no more sleepovers. No more going on holidays together without worrying about our own families. No more going on adventures just because we want to shake up our lives a little. And although the laughter, the friendship, and the joy would remain, it would never be the same.

I wonder if this is what it feels like to step into adulthood: saying farewells not only to people or places—but also to moments?

I realize I might have been exaggerating with some of my scenarios. Of course, the four of us would always be good friends. And it wasn’t like I wanted to rain on Felicia’s parade, because I really am happy that she’s finally found her significant other. I wish her all the happiness in the world. And all the love, because everyone deserves to be loved as much as they have the capacity to love.

And I’ve been to many weddings before, but this one is special. It marks the first time one of my closest friends going through the next phase in life—whereas up until now it was always the supporting characters who got married, this time it’s a major character. And I know—for sure—that this won’t be the last.

If I imagine Felicia’s marriage as this huge door leading to more goodbyes to moments; to fragments of my past when we were all young, and foolish, and ambitious, and idealistic, and single, then I’m sure that there will be more doors I would come to pass as I row this figurative boat we call “life”. We used to walk down the same paths together, and even though we are not doing everything together like we used to, I thought that we were on the same track, all this time.

But there is this huge door in front of me, and I believe in front of everyone as well. I’m not sure if everyone can read it, but there should be an inscription somewhere on the door that tells you where it would take you.

For Felicia, it says “marriage”.

And for me, the “marriage” door is still way down the path. Far, far ahead, where I fear once I get there, I might not be able to see Felicia, or Marina, or even Riska anymore. But I wonder if it’s actually a good thing; if it is just how it’s supposed to be? 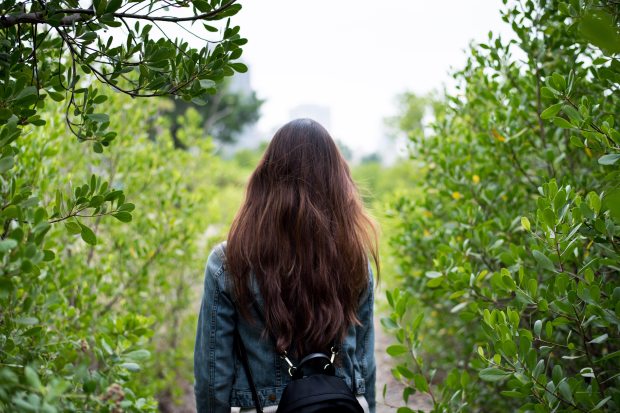 My mother told me that with adulthood, I will eventually be numb to goodbyes. But it’s not really a goodbye, isn’t it? I mean, with all the social media and convenience of the internet, Felicia and the others are just one dial away. But how long would our friendship last, I wonder? How long would our adolescence laughter take us down the path towards adulthood?

And then it hit me like a roaring thunder.

This is just—how do I put it…

This is just growing up.