If you have been following me on Twitter, you might have already known that I recently purchased a Midori style traveler’s notebook from a local leather craftsman. 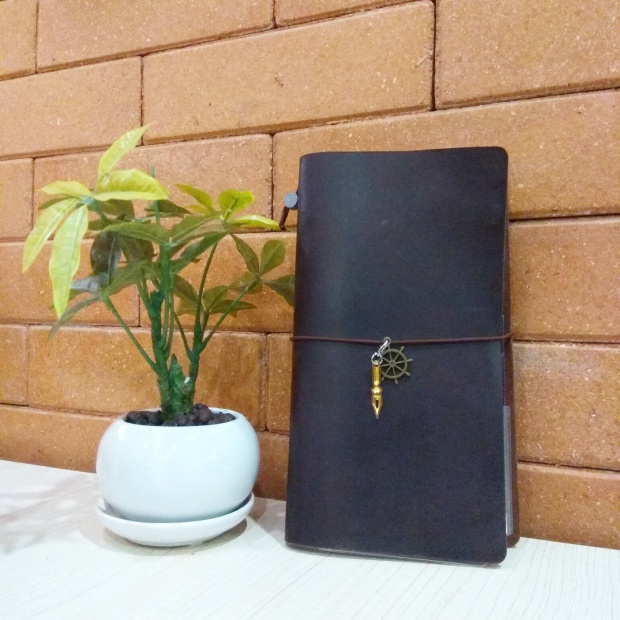 If you’re not familiar with the concept, Midori Traveler’s Notebook is basically a notebook setup that consists of a slab of leather with several elastics on the spine of the cover to keep notebooks inside. People use the setup for a bullet journal, a daily planner, a diary, a traveler’s log, and even a creative journal.

Unsurprisingly, the minimalistic approach from this Japanese company (now Traveler’s Company) immediately took the planner community by storm. The sporadic distribution and sudden fame of the lineup brought about a very devout following in the community, and it had become one of the most popular choices for people looking for a notebook setup.

This, of course, opened up some rooms for business. Numerous local craftsmen had been creating their own versions of Midori Traveler’s Notebook, dubbed fauxdori. Not only are these fauxdori cheaper than the original Midori variant, they are also more customizable since you can just talk about your needs to the craftsman and they would adjust the product for you.

So that means, you could make the leather cover a tad wider, taller, or has some engravings if that’s what you fancy. This adds to the customizability of the setup, and both the original version and fauxdori had been garnering quite some followings on the internet.

For me, Midori Traveler’s Notebook is a perfect setup as my writer’s notebook

This is not some baseless opinion, though, since I considered other options greatly before deciding to bite the bullet and order one from a local leather craftsman I stumbled upon on Instagram.

As I had mentioned on my previous blog post, I really had to start looking for a new notebook for my NaNoWriMo project. I find it easier for me to gather my thoughts if I keep everything on a notebook of some sort, and I instantly knew that if I were to challenge NaNoWriMo this year, I would need a dedicated notebook where I could find every information I needed without fussing with a lot of papers or digging through my Evernote files.

So before I decided on which setup better suits my needs, I would have to define what exactly do I need from a writer’s notebook?

Now as for myself, if you have read my debut novel, 3 (Tiga) or my recently released booklet, Maybe Everything, you might realize that I don’t really write epic fantasies or mystery fiction. I mostly write contemporary romance novel, with some dark twists to keep myself interested in writing it. This, of course, means that I don’t really need to draw out the map of Middle Earth inside my writer’s notebook (thankfully, since I even couldn’t draw a proportional stickman). 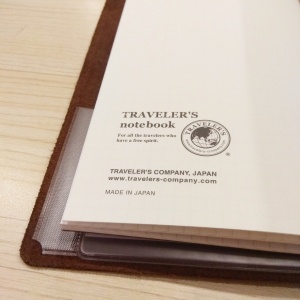 My past notebooks have, in fact, been a brain dump of some sort for me. Sure, it had a lot of scribbles related to the project I was working on at the time, but it also had my grocery list, my meeting schedule with a client, and even my financial tracker. In a nutshell, yes I had had several notebooks with me in the past, but I could hardly call any of them my “writer’s notebook”.

It simply means that I could list my own requirements and build the perfect writer’s notebook to suits my writing needs and habits.

Soon after, I grabbed a piece of paper, and started listing everything I need (or I think I need) in my writer’s notebook. The list looks somewhat like this: 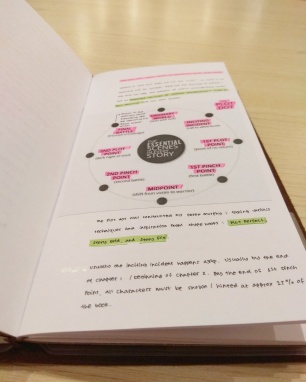 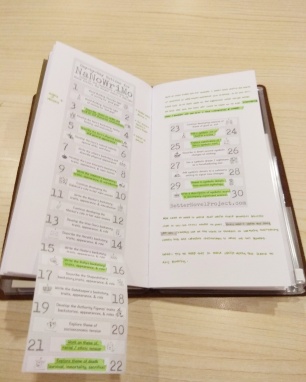 And that’s about it. As I mentioned, this list should vary from each writer, and so will yours when compared to mine. But these are the list I came up with after considering everything I tend to keep in my previous notebooks, and also the things I think I will need considering the recent changes in my writing career.

So, why a Midori Traveler’s Notebook?

Before answering that, please take a look at my current setup: 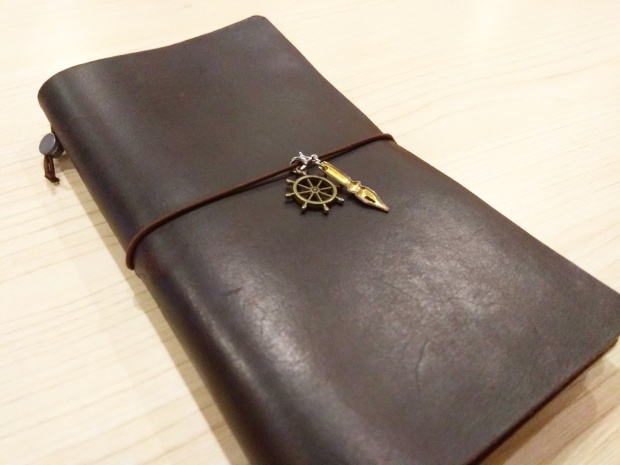 Notice how compact the notebook looks, and how it is made of leather? Also as I mentioned before, it is highly customizable, and most importantly, it lies flat on the table.

Now I had been trying out several notebook setups in the past. I gave Filofax system a try, which was a highly customizable notebook setup by itself. But I found that the binder rings in the middle hindered my writing experience on the notebook, which is the number 1 thing I’d like to avoid experiencing. After all, I would be writing a lot on my writer’s notebook—there is no point if I don’t enjoy writing on it.

I had also tried using a generic Moleskine notebook, but I never estimated the right amount of pages in-between sections. I ended up running out of pages for my brainstorming section, and I had to move the rest of my brainstorm materials after the characters profile section, for example. I found it difficult to organize my sections neatly, and I ended up not knowing where to look when I opened my notebook.

I also have a Hobonichi Techo, which I use as my daily journal. And don’t get me wrong, I love it to death. But after writing out my daily entries (and occasionally, drafts of my meeting minutes), there are barely any space to write my writerly entries on. Besides, if anything, I’d rather keep my personal and my writing notebooks separate, if that makes any sense.

What else could I ask for? 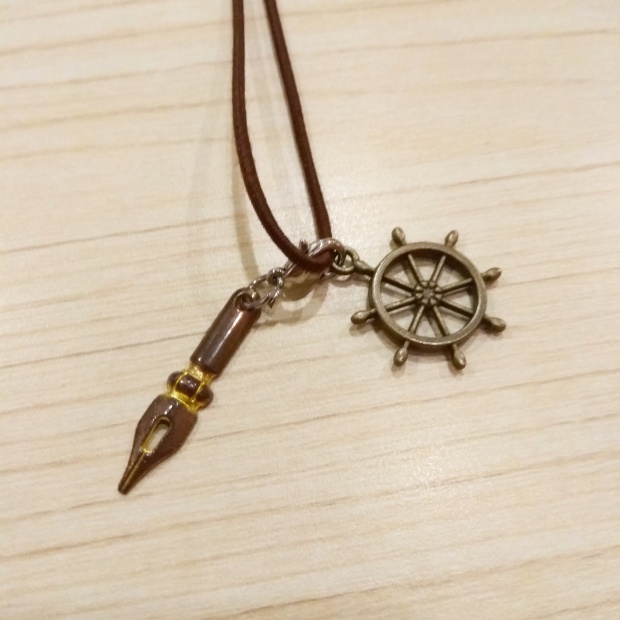 The two charms I currently use on my traveler’s notebook: a pen nib charm to symbolize my writerly side, and a steering wheel to symbolize my life-long dream of traveling the world.

Now I have to be honest here. At first I thought the binding elastics were kinda wonky and unreliable. I also had my doubts replacing my usual bulky notebook with some flimsy, thin, staple-bound booklets to be inserted inside the leather cover. But every negative thoughts I completely went away after I got my hands on it.

Who would have known? Migrating into a Midori Traveler’s Notebook had been the best decision ever.

While it worked perfectly fine for me out of the box (the craftsman included one blank notebook insert with every purchase), it wasn’t until I purchased several more inserts that my Traveler’s Notebook started feeling more and more like a writer’s notebook.

I purchased the original Traveler’s Notebook zipper pouch insert, which slips in behind the notebooks and provides a sleeve on the front, and a zipper pouch on the back side. This means I can put some pretty art prints on the front of my notebook to keep me inspired, and store my bills and checks on the zipper pouch.

I decided to put the stunning artworks of Nin Dianda on my writer’s notebook. Check out her page to discover more of her wonderful art! 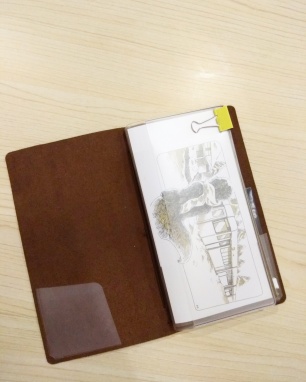 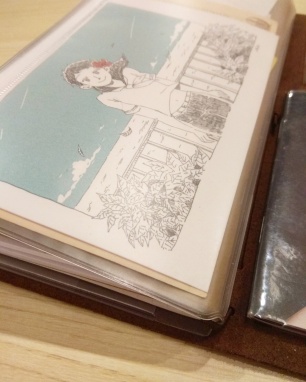 I also purchased some sleeve stickers, which are essentially super sticky stickers with flaps which can be used to slip some papers inside. I tend to use them for quickly storing cash when I don’t have time to reach for my purse.

As the main notebooks, I have both the free blank notebook I received from my local leather craftsman, and a Traveler’s Notebook Grid insert. You will see that my setup is not complete yet at the moment, but I am using the grid insert as my writing journal, and my blank notebook to store research materials and idea dump. 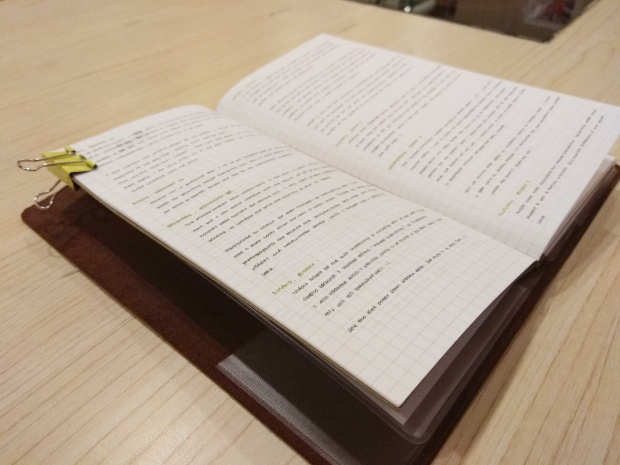 How my writing journal looks like. Pardon my tiny handwriting….

I just ordered several more blank and ruled inserts for my notebook, and I will be posting a complete and thorough tour of my complete writer’s notebook setup in the near future.

So there you have it. Those are the reasons behind choosing a Traveler’s Notebook as my writer’s notebook setup. Also how I plan to use them for the upcoming NaNoWriMo event in November—from listing out what I require from my writer’s notebook, to actually assembling one myself.

In any case, I hope you’re having a great time preparing for NaNoWriMo. I will be posting some more blog posts related to my NaNoWriMo preparation during Preptober, so follow my blog or any of my social media (Twitter or Instagram) so you won’t miss out!

Also, don’t forget to add me as a writing buddy here if you haven’t, and good luck on Preptober! 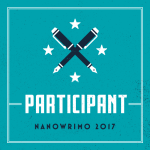 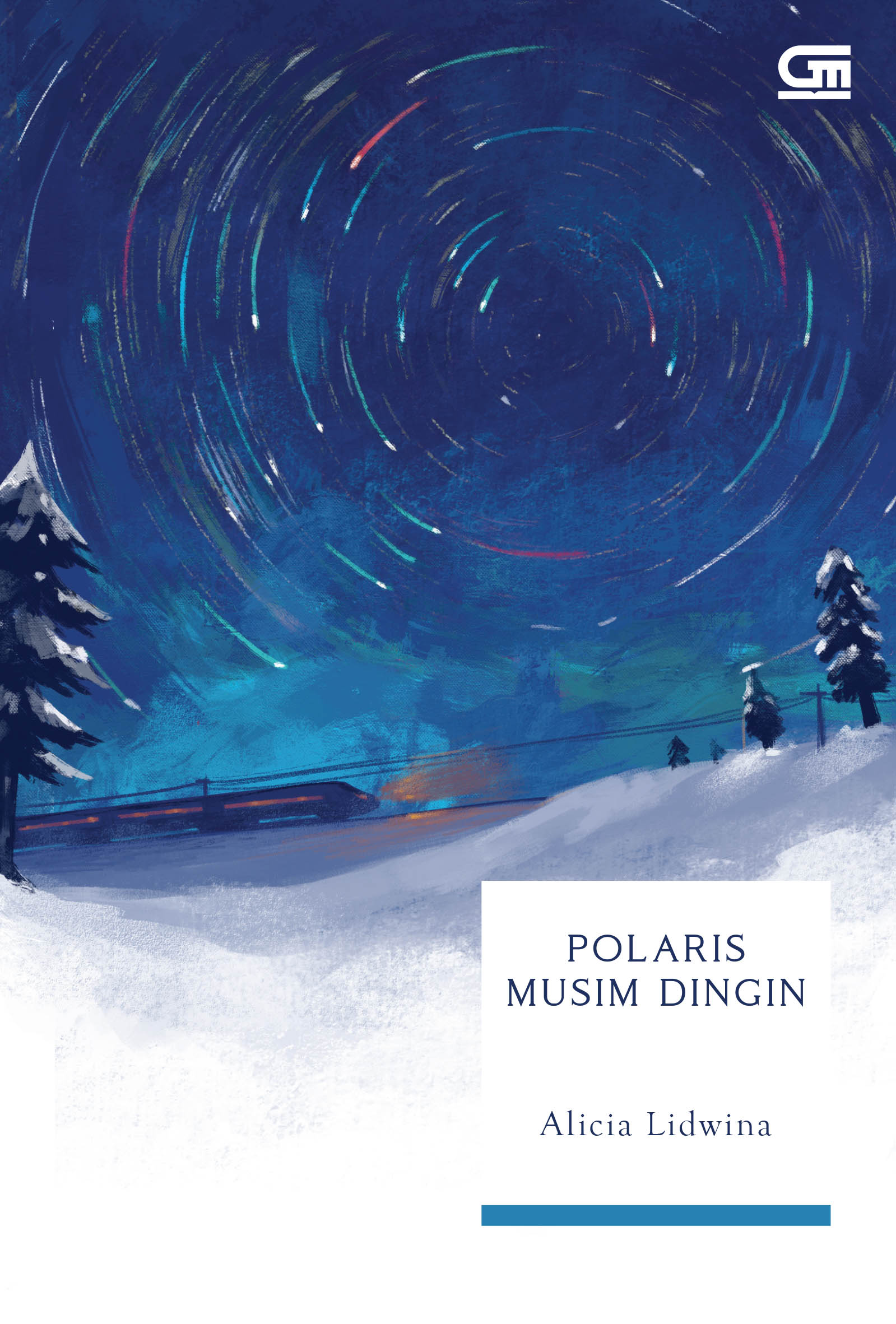